When hearing about net neutrality, you think to yourself what is it, and how does it effect my online business.  Net Neutrality is companies want to be able to throttle how much data their users are using and charge them elevated prices for their usage.  One asks, why haven’t they been able to do this before.  In this article we will discover how it effects every day Americans, growing online businesses and who will benefit. 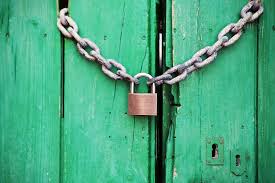 So there are 10 major internet companies in the USA:

These companies want to be able to throttle people’s access to the internet and would potentially, though probably wouldn’t happen like this, restrict access to certain websites.

So What are the objections?

As a Web Developer

As a web developer I feel that this would hurt me as they would be able to limit the amount of traffic I receive on my web server or even decide they want to block my website from being accessed.  I would also have the option to pay them to advertise my site to people, having them redirect traffic to my site.  It really commercializes and restricts people’s ability to access the internet, as it would allow them to throttle people’s internet access without any question to privacy.

Hopefully the people in the government will say that this is a step in the wrong direction, putting too much power in the internet service providers hands and limiting people’s ability to access the internet and it’s contents.